You are here: Home / IAS / 2nd ARC Report / RTI / Application of the RTI act to the legislature and the judiciary

The definition of public authority includes any authority, or body, or institutions of self-government, established or constituted by or under the Constitution, or any law made by Parliament or State Legislature, or by a notification or order of the appropriate government.

Section 2(e) therefore includes, the presiding officers of the Legislature at the Union and State levels as well as the Chief Justices of the Supreme Court and High Courts.

In the Executive branch, traditionally secrecy has been the norm throughout the world, so also in India.

The proceedings of the Legislatures are open to public and media and even telecast live in recent years.

The meetings of Legislative Committees, however are generally not open to the public and media.

Similarly, all judicial processes are in the public domain and hence totally transparent.

But administrative processes within the courts would have to be brought within the ambit of this law, at the same time, without compromising with the independence and the dignity of the courts.

There is need to bring uniformity in the information recording systems, introduce standard forms and a better system of classification of cases.

The Act may be used as an instrument to build capacity to evolve efficient systems of information dissemination.

Legislatures are storehouses of enormous amount of information on public policies and executive actions. 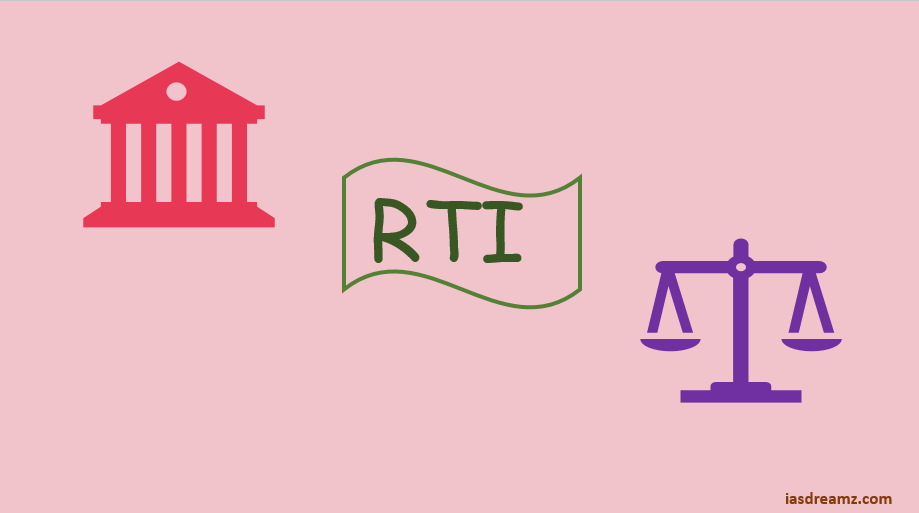 However, there are two problems:

First, the information is disaggregated and not adequately synthesised. Thus, on the same subject there are several separate documents, often chronologically arranged, without sectoral linkages.

Second, while information is available to legislators, it is very hard for citizens to access it.

In order to address these issues, all information with the legislatures needs to be indexed, catalogued and computerised, with online access to all citizens and supply on demand.

This access should be provided as part of the proactive disclosure requirement under Section 4 of the Act.

Apart from law making, the Legislature exercises oversight function over the Executive branch.

Parliamentary (Legislative) questions, proceedings of various committees, follow up action on the reports of CAG, action taken reports submitted by the government are a few vital mechanisms for such legislative oversight.

However, except through media reports, the citizens rarely have direct access to such information.

This lacuna needs to be addressed by making all such information available to the public both online (electronic) and on demand (print).

Equally important is a computerised tracking mechanism, so that the legislators as well as the general public can trace the sequence of events and compliance by the executive agencies on matters like petitions, CAG reports and action taken on reports of enquiry commissions or House committees.

In most democracies, a major part of the legislative work is conducted in Committees.

In India too, most of the important legislative work is conducted in the Committees, away from partisan influences and transient emotions.

However, the work of legislative committees in India has generally been away from the public and media gaze.

With the regime of transparency being institutionalised, such seclusion of legislative committees is unsustainable.

The spirit of democracy as well as the letter of law demands that all work of legislative committees, save on matters exempted from public gaze under the Act for reasons of state or privacy, should be thrown open to public and media.

At times, in the full house of a legislature, members tend to play to the galleries to capture media attention, or take a partisan line or extreme position.

The debates in legislatures thus tend to be on predictable lines, and often polarise society instead of bringing sobriety and moderation.

Such moderation and ability to reconcile conflicting interests are the essential functions of democratic politics.

In Committees, away from the heat of passion, legislators usually act with great moderation and bring depth and substance to discussion on public policy.

Bipartisan consensus and balanced consideration of issues is the hallmark of a Committee’s work.

There could be the risk of this advantage being jeopardised by throwing open the Committee’s work to public and media.

The legislative parties should evolve a consensus in order to retain the best features of the Committee system even as the work of Committees is opened to public gaze.

Even on the administrative front, the last decade has seen major strides made by judiciary in use of information technology for better court management and providing information to the litigants.

In the Supreme Court of India and all High Courts, fresh cases are filed only before the computerized filing counters; cause lists are generated automatically by the computer and manual intervention has been eliminated resulting in generation of Cause List in time without any hurdles; a software (COURTNIC) provides Supreme Courts’ pending case status information to litigants/advocates on any node of NICNET;

The Supreme Court of India and all the 18 High Courts and their Benches are fully computerised, and all these courts generate daily and weekly cause lists from the computer servers installed by NIC.

The Government of India has approved a proposal for computerisation of the district and subordinate courts.

This is necessitated because of the sheer volume of records handled.